Welcome to European Tour Destinations – a Network of World Class Golf Venues which all have a close association with The European Tour, one of the game’s foremost organisations. 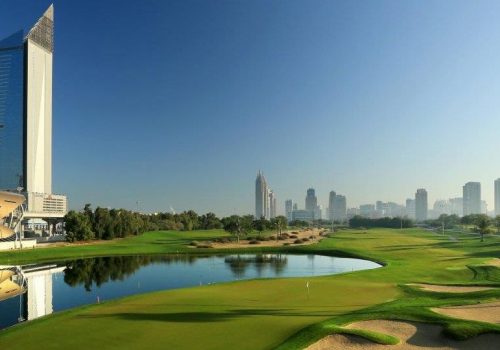 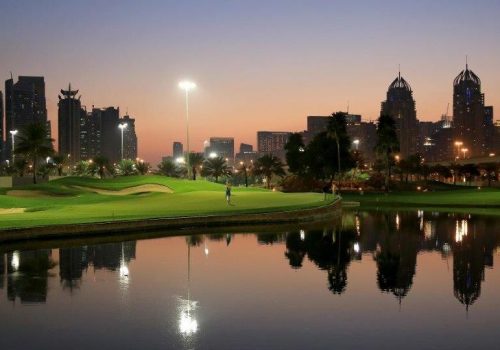 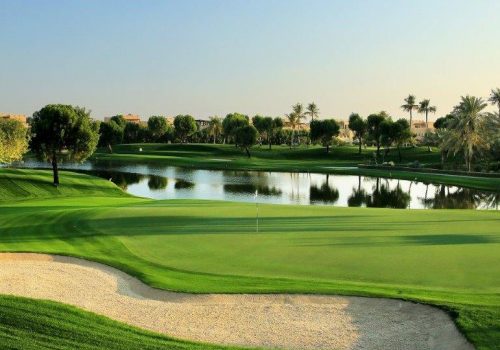 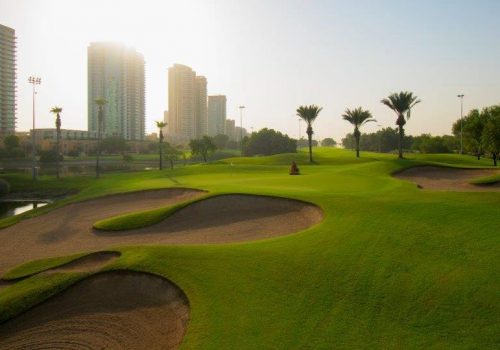 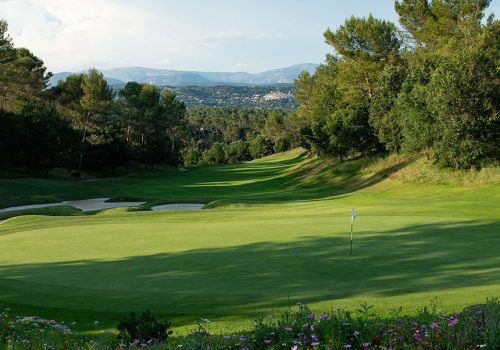 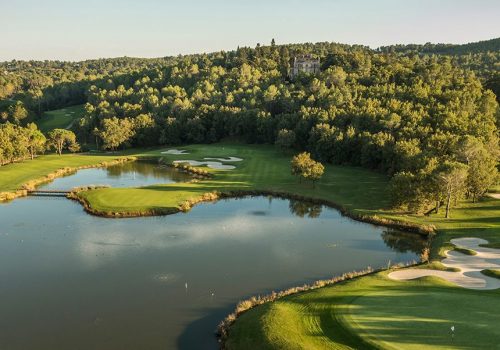 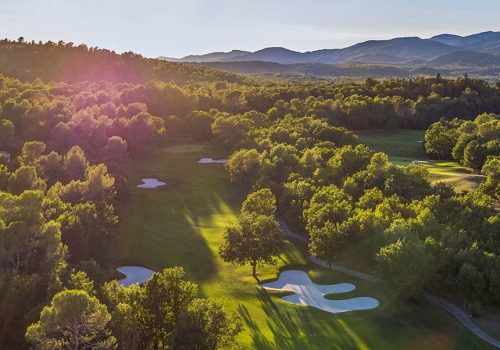 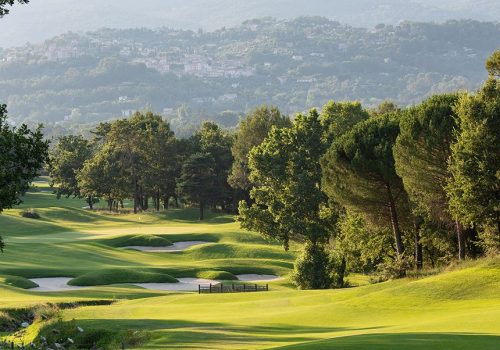 Finca Cortesin Hotel, Golf & Spa and Golf Club St. Leon-Rot have renewed their membership with European Tour Destinations. Finca Cortesin joined the network in 2017 while Golf Club St Leon-Rot became part of the network in 2012. Both will continue to benefit from the expertise across the venue portfolio and the association with the European Tour. Set on a 215-hectare estate and surrounded by undisturbed nature, Finca Cortesin Hotel Golf & Spa is located in one of the most tranquil and sought-after enclaves of the Andalucían coast, not far from the picturesque village of Casares and less than a mile from the beach. The award-winning resort, recently voted number one in the Condé Nast Traveler 2019 Readers´ Choice Awards for the Best Hotel in Spain & Portugal, includes four fantastic restaurants, a beach club and an exclusive collection of villas, available for purchase or rental. Located just 50 minutes from Málaga Airport and 20 minutes from Gibraltar International Airport, Finca Cortesin is globally renowned for providing one of Europe’s most unforgettable golf experiences. Rated by many, including the prestigious Golf Digest magazine, among Spain’s best golf courses, the natural Mediterranean landscape and environment on the resort’s world-class 18-hole Championship course harmonise to create a most attractive design, while the excellent weather enjoyed all year round provides the perfect setting for playing golf. Finca Cortesin Hotel Golf & Spa hosted the Volvo World Match Play Championship in 2009, 2011 and 2012 with Ross Fisher, Ian Poulter and Nicolas Colsaerts taking home the trophies in each respective year. Golf Club St Leon-Rot, a stunning 45-hole venue situated near the scenic town of Heidelberg in the heart of Germany, opened in 1997 and has continued to develop its facilities, both on and off the course since its inception. The venue is prominent in the world of Junior Golf, putting much emphasis on the development of young players, demonstrated by being the host venue of the Junior Solheim Cup, alongside the 2015 Solheim Cup. Two award-winning Championship courses, St. Leon and Rot, featuring varied characteristics and extraordinary holes, are complemented by a nine-hole Executive course and a five-hole children’s course,  as well as the German Golf Federation’s National Training Centre, a purpose-built indoor practice arena. The Allianz Golf Arena, set out on two levels, features 1,700 sqm of practice greens and aprons, and provides ideal conditions for training short game and a strongly undulating green allows for any variation of putting training. The Deutsche Bank – SAP Open TPC of Europe took place at Golf Club St. Leon-Rot in 1999, 2001, 2002 and 2004 with Tiger Woods victorious in three of the four tournaments (1999, 2001, 2002). Ian Knox, Head of Operations at European Tour Destinations, said: “It has been a busy start to 2020, with the addition of Golf Son Muntaner in Mallorca to the network, and we are delighted that two of our established venues, Finca Cortesin and Golf Club St. Leon-Rot, are continuing their partnership with us. Both venues have a history of hosting some
By Emily Kay
0
0
Business News

90 days into his role as Co-Head of European Tour Destinations, Stuart Gillett takes a step back to reflect on his first three months – the people he has met, the venues he has visited, and the opportunities he sees for the future of this network of world class destinations. Tell us about your first 90 days: what have you learned, who have you met, what has inspired you? It’s been a great first three months in the new role. Getting to know the team here at the Tour, having the opportunity to travel and meet the talented people from many of our world class destinations – it’s been an exciting journey so far. One thing that has really struck me is the sheer variety of venues that are part of this network, and the range of experiences they offer. It’s both a thrill and a challenge to be able to understand and support all these different operations. What has really inspired me, though, is how passionate everyone is about the game of golf. It’s wonderful to be part of a group that is driven by growing the sport, as well as delivering the most exceptional golf experience at every single venue. What do you believe is the most powerful benefit of being part of a network like this? There is so much the network can do for its members, from training opportunities informed by our Mystery Shopper programme, to fostering valuable relationships with Tour Operators through our exclusive events, to providing expert advice and sharing best practice amongst our venues. The list goes on. However, what really makes European Tour Destinations unique is all in the name – it’s that relationship with The European Tour. The standard of quality the brand represents, its global reach, and the opportunity to host tournaments – it’s such a compelling offering and one we are keen to develop even further. What opportunities do you see for the network going forward? The team here works incredibly hard to add value to each of our member venues, and there are plenty of opportunities for us to build on that. One great example is our new Travel Hub website, which gives us a mechanism to help drive direct sales to our Destinations, just two clicks away from the European Tour homepage. I think there is plenty of scope for the network to grow too. The European Tour continues to expand its reach to new regions and territories, and this will open up opportunities for venues in these regions to become part of the network. We have already witnessed the direct commercial impact from a robust network of venues too. As well as sharing ideas and knowledge, venues are collaborating in a number of ways, such as arranging trips for groups of members to go and play other Destinations. This not only adds value to the experience they offer to members, it also paves the way for more commercial collaborations, such as joint golf travel packages and
By Emily Kay
0
0
Business News

How To Elevate a Resort’s Family Appeal

What ingredients does a world class venue need to offer a compelling proposition to families? CEO of Dubai Golf, Chris May, outlines his masterplan to bring more families to its three resorts.
By Emily Kay
0
0
Business News

Consumer confidence in online travel booking has been surging over the past decade, and over 80% of all travel bookings now happen online. In the last few years this number has stabilised, but underlying trends in the way customers book are still on the move – and this is influencing how destinations are marketed and sold. Mobile booking is just one of these areas. Where in the past people tended to browse destinations on their device but book via desktop, increasingly, confidence in booking via mobile device is on the rise. This is illustrated by recent figures from the UK suggesting 45% of UK travellers feel comfortable researching, planning and booking trips to new destinations using only their mobile. This means destination and tour operator websites need to be equipped with a mobile site capable of wowing and converting customers – not just the former. One-stop-shop Another key development is the advent of ‘one-stop-shop’ websites. These websites allow customers to book any or all aspects of their trip in one place – from flights to accommodation to tee times. Why? An increased desire to customise trips in a quick, easy and efficient way. In effect, these sites are taking on the role of what might previously have been a travel agent, with instant results and the ability to book there and then. In fact, one-stop-shop websites already own 41% of the online digital market – a number which continues to rise. What does this mean for resorts looking to boost direct business? It means not simply offering accommodation or golf only. Resorts need to think about further experiences and options which will inspire prospective customers, allowing them to visualise and piece together their perfect golf trip, all in one place. A new solution To support its venues’ business growth, leverage the trust and recognition shown in the European Tour brand and capitalise on the consumer booking trends, European Tour Destinations recently launched its Travel Hub. The Travel Hub is a fully responsive website, providing users with the ability to access it on all devices including mobile, tablet, and desktop. The platform allows golf travel customers to book their next trip at one of the network’s 30 world class destinations. “Customisation is key,” explains Jonathan Griffiths, Managing Director of Sportech Solutions, developers of the Travel Hub. “Golfers want flexibility, options and the opportunity to piece together their ideal golfing getaway on an easy-to-use platform that allows them to book there and then.” As the online market continues to evolve and grow, the Travel Hub platform will also benefit from continuous development and updates, positioning itself and the network’s venues to better adapt to future changes in booking trends. 2020 vision What to expect from the online golf travel market this year? More mobile, more customisation, more flexibility. That’s what golf travel customers want. It’s now down to resorts, tour operators, and indeed our very own Travel Hub, to deliver it. Data sources: Statista; Travel Weekly; Trekk Soft
By Emily Kay
0
0
Load more

European Tour Destinations all have the stamp of tournament quality and present a level of on and off-course facilities guaranteed to provide a memorable golfing experience for all members and visitors.

The European Tour Destinations network includes some of the most prestigious golf and lifestyle resorts in Europe, the Middle East and South East Asia, many of our 30 Venues boast courses consistently ranked highly in international rankings.

The network also boasts the only European Tour Performance Institute in the world, at Terre Blanche Hotel Spa Golf Resort. The ETPI uses the world class knowledge of The European Tour’s medical and performance services team and the latest in swing technology to improve the game of golfers of all abilities.

For those seeking the ultimate golfing lifestyle, a number of our Member Venues offer elegant and secluded real-estate opportunities, and our reciprocal membership scheme offers a “home from home” experience for all club members.

A wide range of high quality real estate opportunities are available at our world class venues, from elegant on course villas to beach fronted townhouses and luxury apartments.