By Emily Kay 3 years ago

The Genzon Golf Club, a European Tour Destination, will be the venue for the 25th staging of the Volvo China Open when the event returns to the city in the Longgang district of China, near Hong Kong, on May 2-5, 2019.

Although the tournament was originally scheduled to be held in Chengdu, the Volvo China Open committee has decided to change the venue in order to avoid any possible inconvenience to the event. The move follows much communication and consideration as well as discussions with the relevant authorities.

The 2019 edition will now be the first event to be staged at the Genzon Golf Club since it joined the European Tour Properties’ world class network of Destinations earlier this year – the first Chinese venue to do so. 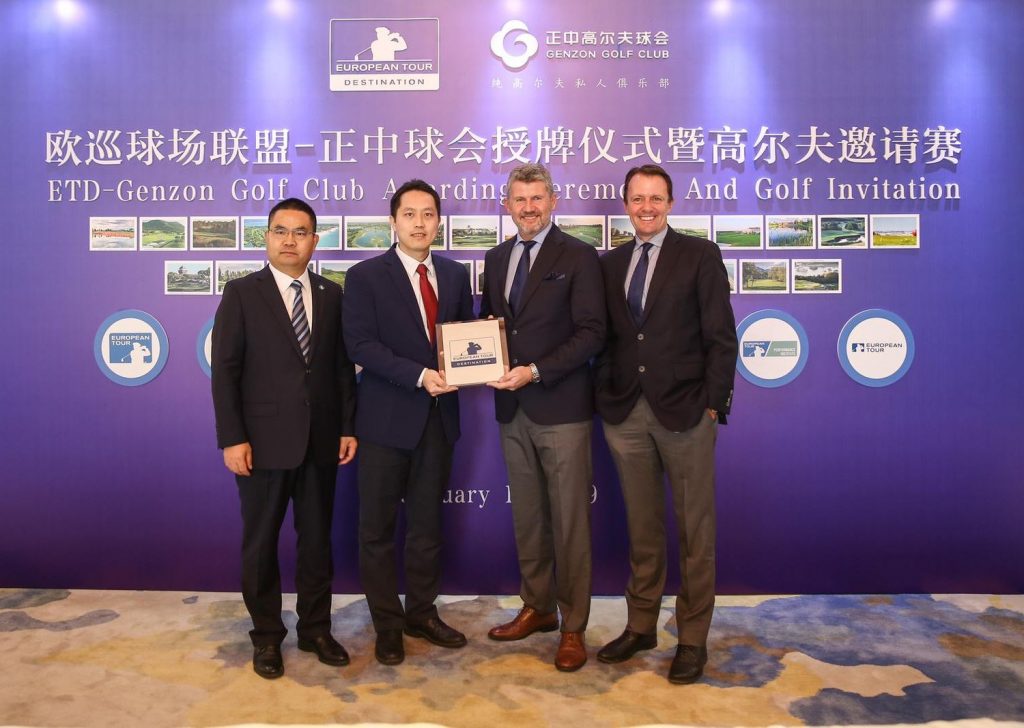 The club’s track record of staging world class tournaments – it also hosted the Shenzhen International on the European Tour from 2015-17 – has paved the way for its second staging of the Volvo China Open.

Organised by the China Golf Association and sanctioned by the European Tour, the RMB20 million tournament – the flagship professional golf event of the world’s most populous nation – makes a welcome return to the Neil Haworth-designed course for the first time since Frenchman Alex Levy won the 20th staging of the Volvo China Open in 2014.

“It seems like only yesterday when Alex Levy won his first European Tour title at the 2014 Volvo China Open and since then he has gone on to become the only player to win twice in the history of the event.

“Today the city of Shenzhen is one of vitality and innovation and I believe that with the full support of the Genzon Group the 25th anniversary of the Volvo China Open will be both successful and memorable at Genzon Golf Club.”

Allen Fei, Vice President of the Genzon Group, said the countdown is well underway for the return of the Volvo China Open to Shenzhen.

“Our members and golf fans in Shenzhen are already looking forward to watching the best international and Chinese players competing here again. Over the next three months or so, we will work closely with the management team of the Volvo China Open to prepare for the 25th anniversary of the event and present the best-ever National Open Golf Championship of China.”

The 25th anniversary will be a major milestone for the event which, with the support of the China Golf Association, has welcomed a host of players from around the world including two-time winner Levy, former Ryder Cup player and 2011 winner Nicolas Colsaerts and reigning champion Alexander Bjork of Sweden as well as home-grown stars and former champions such as Li Haotong and Wu Ashun.