Quiros back in winners’ circle in Sicily

By Emily Kay 4 years ago

Alvaro Quiros defeated Zander Lombard in a play-off to cap a stunning return to form and win his seventh European Tour title at The Rocco Forte Open – Verdura, Sicily.

All the best of the action from the final day in Italy.

Quiros entered the final round with a five-shot lead and extended it by a further two after six holes as he looked set to romp home but dropped five shots on the back nine.

He and Lombard parred the first play-off hole and both looked set to do the same second time around but the South African agonisingly missed a short putt to allow Quiros to tap home for the win.

The 34 year old had spoken this week of taking his game back to its fundamentals after making major changes in 2012 and that has produced results with a second play-off win after the 2010 Open de España.

“I’m very happy,” he said. “Obviously it shouldn’t be like that but at the end it’s a victory and that’s the most important thing. It’s been a little bit of a mess.The game wasn’t that bad. Just the last few holes I started to struggle with the wind left to right and he was playing nice, Pep was playing nice too. I didn’t have an idea how many shots I was leading by, what I knew on 18 is I have to make a putt to halve with Zander.

“It’s a victory, it means a lot of things. Unfortunately I didn’t really like how I ended the round. It should have never gone that far.”

Obviously it shouldn’t be like that but at the end it’s a victory and that’s the most important thing. Alvaro Quiros

For Lombard – who does not have a card himself after playing just 12 events last season – it is a second runner-up finish after last season’s Joburg Open.

China’s Li Haotong finished a shot out of a play-off at 13 under after a closing 66, a shot clear of Spaniard Pep Angles.

Lombard made a birdie-birdie start but Quiros also took advantage of the par five second and when the leader put his approach to the fourth to five feet with Lombard making a bogey, the lead was up to six.

A stunning 50-foot right-to lefter from the fringe on the fifth briefly extended the lead to seven but Lombard hit back with a lengthy effort of his own before Quiros made a fantastic double-breaker up the hill on the sixth.

Lombard birdied the seventh and ninth and with Quiros leaving his second on the eighth short of the green for a first bogey of the day, the lead was down to four at the turn.

Quiros bogeyed the tenth but Lombard relieved the pressure with a dropped shot of his own on the 11th before taking advantage of the par five 12th and holing a 15-footer on the 13th to cut the gap to two shots.

Poor tee-shots from both men led to a pair of bogeys on the 15th and when Quiros made a double-bogey on the next after finding an unplayable lie off the tee, there was a tie at the top.

Both the leaders then bogeyed the 17th and needed to make smart up-and-downs after missing the green on the last to make it just a two-man play-off. 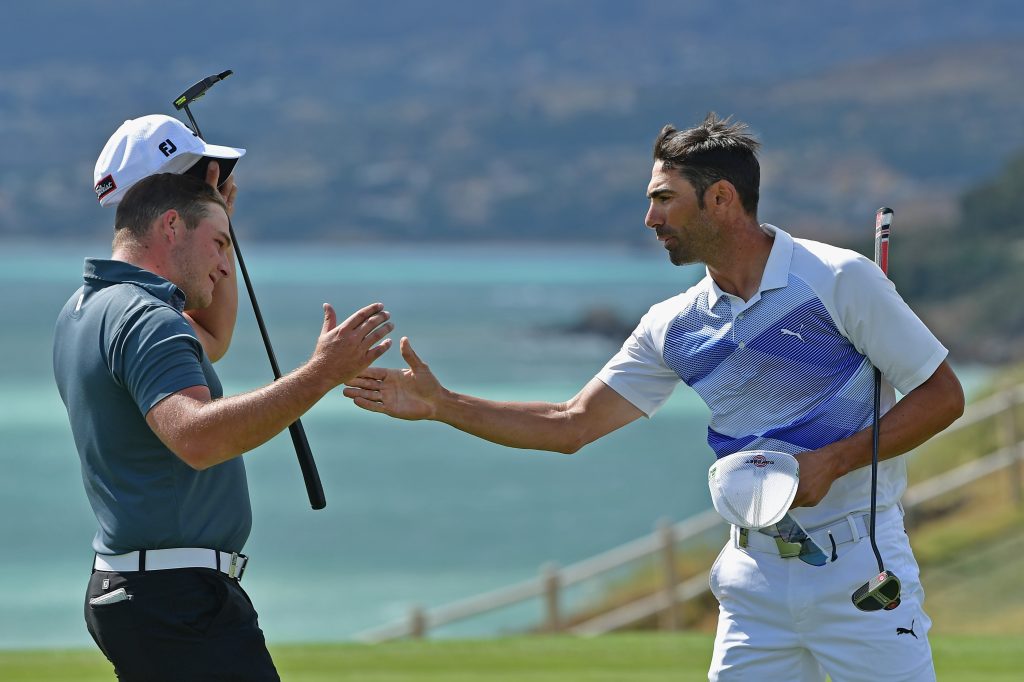 Li had four birdies and a double-bogey on the front nine to turn in 34 before holing his second on the 12th for the second albatross of the season after Prayad Marksaeng at the Hero Indian Open.

He bogeyed the 14th but picked the shot back up on the 16th, and had to get off the bus to the airport in case of a play-off as the drama unfolded in the final group.

Angles birdied the first, seventh and ninth but his chances looked to have gone when he bogeyed the 16th. An excellent chip-in birdie on the 17th meant he had a chance of making the play-off but he dropped a shot on the last.

Australian duo Marcus Fraser and Jason Scrivener both signed for rounds of 68 to finish at 11 under, one clear of England’s David Horsey and two ahead of another Englishman in Mark Foster, Frenchman Julien Guerrier and German Marcel Siem.

Thoughts from Alvaro Quiros after the Spaniard won his seventh European Tour title in Italy.